Hallelujah! Lost episode of Our Man at St. Mark’s recovered

A LOST episode of Our Man at St. Mark’s — the ’60s ecclesiastical comedy starring Leslie Philips — has been recovered after being bought on internet auction site eBay.

The 16mm film print of “A Previous Conviction” was bought with the assistance of classic TV organisation Kaleidoscope and The Tim Disney Archive.

It will now be transferred to digital format before being offered for loan to the British Film Institute. A public screening is also expected at some point “in the not too distant future”.

Broadcast by A-R between 1963 and 1965, Our Man at St. Mark’s was a “light-hearted but superior” comedy that revolved around the day-to-day exploits of a parish vicar.

“A Previous Conviction” (Tx 23/10/63) hails from the first series of the show and stars regular cast members Philips, as the slightly eccentric Reverend Andrew Parker, Anne Lawson as his girlfriend Anne Gibson and Joan Hickson as his housekeeper, Mrs Pace.

In the episode — guest-starring Warren Mitchell, Frank Tregear and Freddie Jones — Revd Parker’s attempt to give an ex-convict a fresh start in life becomes more than complicated when Anne decides to take a hand.

Philips only appeared in series one of the show. For the remaining two series (1964–5), Donald Sinden took over the charge of St Mark’s as vicar Stephen Young. 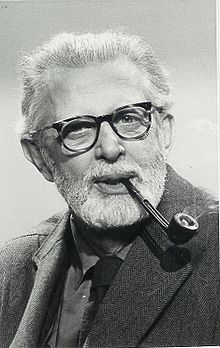 Out of Town presenter Jack Hargreaves

THE SOLE surviving episodes of Out of Town — the leisurely countryside series fronted by Jack Hargreaves — are set to be released on DVD . . . after being rediscovered at a BBQ.

The shows, dating from the early 1980s, were believed to have been lost forever when the distribution company that owned them wiped the master tapes.

But copies of the 34 episodes were kept by the man tasked with remastering them to digital format, and came to light last year after a chance conversation at a summer party.

Rights to the shows — dating from 1980–81 and including the very last broadcast episode — have now been secured by the Delta Leisure Group, which is planning to release them on DVD at a date yet to be decided.

The episodes are the original TV broadcast programmes, as made by Southern Television. They were located by David King, Simon Baddeley, Simon Winters and classic TV organisation Kaleidoscope.

They feature the following location films:

Out of Town ran for almost two decades, with viewers of all ages fascinated by Hargreaves’s gentle expeditions through the countryside and insights into the bygone ways of rural life.

When the demise of ITV franchise Southern Television in 1981 brought the much-loved programme to a close after 18 years, Hargreaves went on to make a further series of 27 Out of Town episodes for commercial release.

These direct-to-video episodes — using original cut film inserts Hargreaves had bought from Southern married with a new voiceover track and links — have recently been re-released by Delta.

But the original series, with it’s fondly-remembered studio ‘shed’ setting, has not been seen since original transmission

Delta, which has acquired the DVD rights from Endemol Worldwide Distribution, has said that it welcome the views of those with an interest in the release of these episodes on DVD and can be contacted by email at outoftown@deltaleisuregroup.co.uk.

Power of the Daleks Re-imagined

THE first episode of a fan-made re-imagining of lost Doctor Who story The Power of the Daleks has been released online.

The unofficial remake of the 1966 Patrick Troughton adventure has been produced by the same team responsible for successful stage versions of other missing classic Who stories including Evil of the Daleks and The Dalek Masterplan, with support from TNT films.

The production features Nick Scovell as the Doctor, reprising the role some 15 years after his debut as the Time Lord in acclaimed 1997 fan production “The Millennium Trap”, and guest stars Barnaby Edwards, Nick Briggs and Lisa Bowerman. Music has been provided by regular Big Finish Productions composer Martin Johnson.

Episode two of the three-part remake will be released online on July 14, followed by the final installment in September.

There will be a chance to see all three episodes together as a high-definition ‘movie’ version (with added post-production effects) at special charity convention Power: Reimagined, taking place in Fareham on September 1, 2012. Confirmed guests include the Doctor Who Restoration Team, Michael Troughton and Anneke Wills, who appeared in the original Power of the Daleks serial as companion Polly.

Tickets are available now and proceeds will go to Cancer Research UK and Children In Need. For more information visit www.power-convention.co.uk or the Power of the Daleks Facebook Page.

Filed under Doctor Who, Events, Screenings