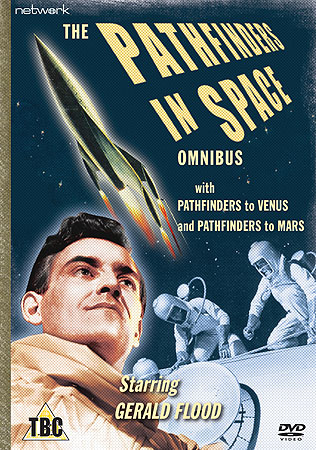 INFLUENTIAL early sixties TV sci-fi series Pathfinders is to be released on DVD for the first time after the one missing episode was discovered – in the ITV archives.

Until recently it was long thought that episode 1 of Pathfinders to Venus, “SOS From Venus”, was lost save for the soundtrack.

But earlier this year the entire eight-part 1961 serial was found complete within the archives and will be released this December by Network DVD along with earlier series Pathfinders in Space and Pathfinders to Mars.

One of ITV’s earliest dramas written specifically for children, Sydney Newman’s Pathfinders series has been described as the “missing link” between seminal BBC radio show Journey Into Space and Doctor Who, the latter of which Newman also created.

Over three series broadcast during 1960 and 1961 the Pathfinders journeyed to the moon and other worlds, facing drama at every turn – from space hazards to Venusian dinosaurs.

With intelligent and engaging scripts by Malcolm Hulke and Eric Paice, and a strong cast including actors Gerald Flood (Conway Henderson) and George Coulouris (Harcourt Brown), the series proved tremendously successful with the viewing public and even got into the regional top ten – unheard of for a children’s programme.

In addition to all 21 episodes, The Pathfinders in Space Omnibus DVD also features an image gallery and production booklet by noted archive television historian Andrew Pixley. It is released on December 31, 2011.

READ ON: PATHFINDERS ON TELEVISON by Andrew Pixley.

8 responses to “Pathfinders in Space finally comes to DVD”